With the adoption of the Cork Metropolitan Area Transport Strategy (CMATS) by the National Transport Authority (NTA), mobility in Cork is scheduled to fundamentally change over the next 20 years with a €3.5 billion investment in transport infrastructure envisaged. As outlined previously, Cork City is projected to grow significantly with at least an additional 125,000 people by 2040 to resulting in a total population of at least 335,000 within the City. CMATS aims to deliver an integrated transport network that addresses the needs of all modes of transport offering better transport choices. CMATS is supported in the Regional Spatial and Economic Strategy (RSES) and will inform the transport strategy in the City Development Plan.

The City Development Plan will seek to link sustainable transport provision with land use to provide a co-ordinated approach to facilitate compact growth. This will involve focusing new residential and employment development in areas with good access to the planned public transport network, and in locations where people can live close to work, making it easier to walk and cycle, with potential for big changes in the way people move around the city.

Cork’s regional and international transport and digital connectivity are essential for the future of the city and region and the development of this infrastructure is supported in the National Development Plan and further detailed in the RSES and Cork MASP.

The implications of COVID -19 on transport and mobility, particularly public transport, are unclear at this time and it may result in changes in how we use public space in the city; such as the provision of increased capacity for walking and cycling. These emerging trends and opportunities will be taken into account in the preparation of the new City Development Plan. 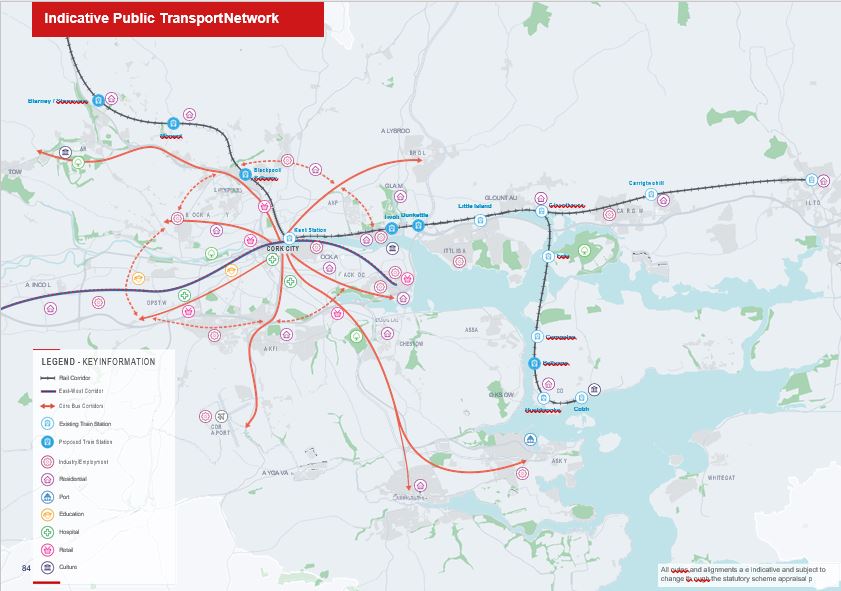 CMATS points out that all journeys begin and end in walking regardless of other modes used and it aims for a 63% increase in walking trips by 2040. The overarching aim is ensure that the pedestrian environment is made more attractive, accessible and safer than at present. Key outcomes include: 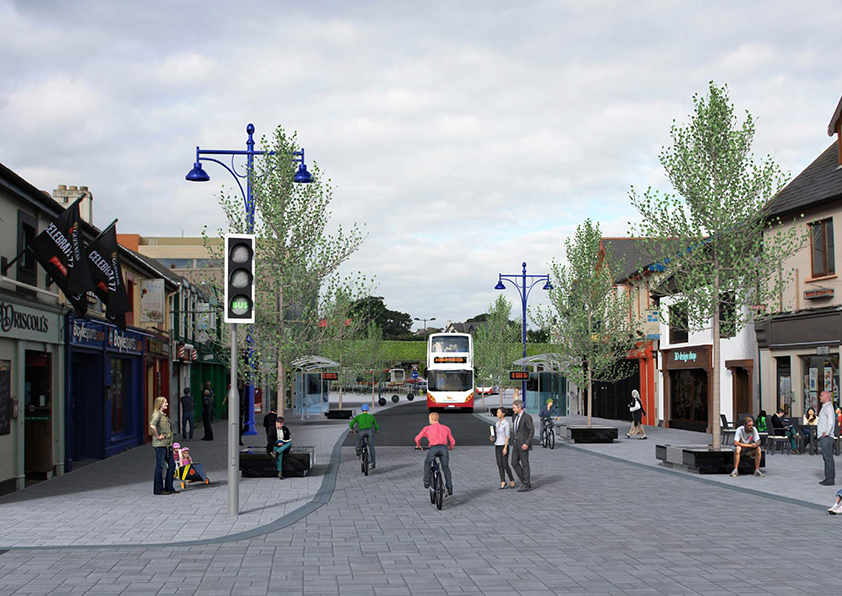 Cycling is a low cost sustainable and growing mode of transport in Cork. CMATS sees potential for an additional 56,000 daily car trips transferring to cycling in the Cork Metropolitan Area by 2040, with mode share increasing from 1% in 2011 to 4% by 2040. This will require significant investment in cycling infrastructure as well as development and support for a cycling culture in Cork. The National Development Plan (NDP) commits to the delivery of walking and cycling networks for all of Irelands cities. Key priorities for developing a cycling network for Cork are: 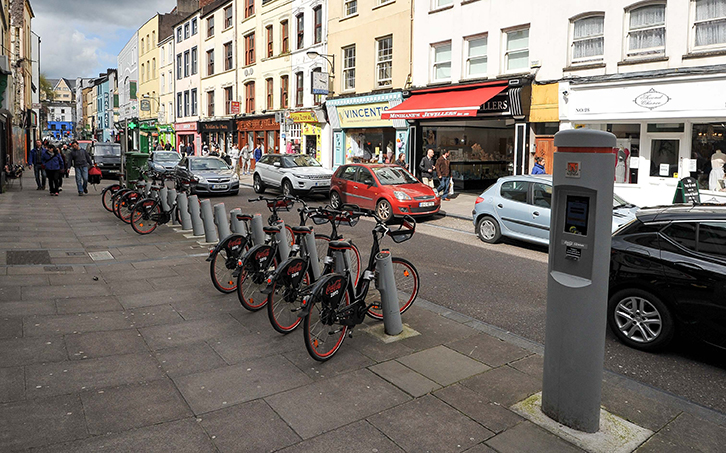 The NPF envisages that in general there should be minimal or no car parking requirement for new developments near city centres and reduced requirement in in the inner suburbs with the focus instead on sustainable modes in these areas. Overtime, CMATS envisages a reduction in on-street parking in City Centre as greater provision is made for public transport, walking and cycling. The current Cork City Development Plan supports this approach in setting maximum parking requirements rather than seeking a set minimum level of parking for new developments.

Cork has a high level of car trips that originate outside the city centre and other key employment locations that can contribute to congestion, noise and air pollution. CMATS seeks to reduce this by provision of park and ride facilities at key public transport interchanges to provide onward access to the city centre via public transport walking and cycling.

The first priority for road investment in CMATS is to maintain, renew, manage and operate the existing roads infrastructure. Other priorities reflect a need to provide multi-modal travel, particularly on new roads in urban areas. CMATS proposes new distributor roads on the north side and south side of Cork City to facilitate orbital bus and active travel movements around the city, reducing trips through the city centre and the N40 South Ring Road by private vehicles. These new routes will also serve new development areas in suitable locations. 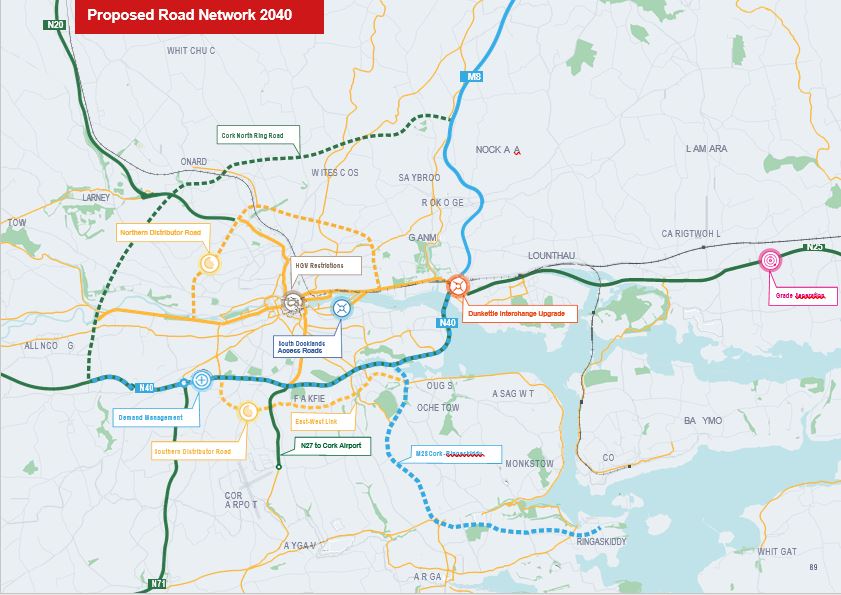 Regional and international connectivity are also key to development of the city and region. CMATS includes provision for upgrade of national and regional roads, and improved intercity rail links to Dublin. It includes National Road network route improvements including the M20 Cork to Limerick and Regional Road improvements, including the Dunkettle Interchange, the M28 Cork to Ringaskiddy Road and the Cork North Ring Road.

RSES supports optimising our international connectivity through investment and increased capacity in our ports and airports, and provision of high-quality digital connectivity, which are vital to the success of the regional economy. Port of Cork is a TENS-T Port and an important asset for Cork and the region. RSES supports Port of Cork’s Strategic Development Plan including redevelopment of existing facilities in Ringaskiddy and preparing City Docks and Tivoli Docks for regeneration, It also supports Cork Airport which is one the regions two international airports, and a driver of growth for the region and in particular for Cork City and Metropolitan Area. The City Development Plan will seek to include land-use polices that ensure the Airport can continue to develop and expand its important role in the region in the future.

Cork is connected to high capacity digital connectivity with the EU and USA via Cork fibre network. This provides a direct connection from Cork to key technology and financial centres in the UK and the USA. A new sub-sea cable is planned that will connect Cork directly to mainland Europe via France. The Cork Metropolitan Area Network supports high speed network connections across Cork’s key business zones and is capable of delivering virtually unlimited bandwidth to the areas it serves. Additional WiFi zones, facilitated by Cork City Council and the WiFi4EU scheme will also help to improve the city’s digital connectivity for all.

Cork City Centre has a well-established pedestrian network with a generally attractive and walkable environment. However, there is a need to enhance the public realm through traffic management and transport interventions designed to improve the quality of the pedestrian network and the environment to support safer and higher levels of walking and accessibility. In addition, cycling is a low cost sustainable and growing mode of transport in Cork Metropolitan Area which will need to be supported in terms of provision of cycle lanes and other facilities.

The past five years has seen significant improvements in cycling infrastructure primarily, within the City Centre as part of the roll out of the Cork City Centre Movement Strategy, with more work needing to be done. Since the last City Development Plan, the following projects which enhance public transport, walking and cycling routes have been carried out: 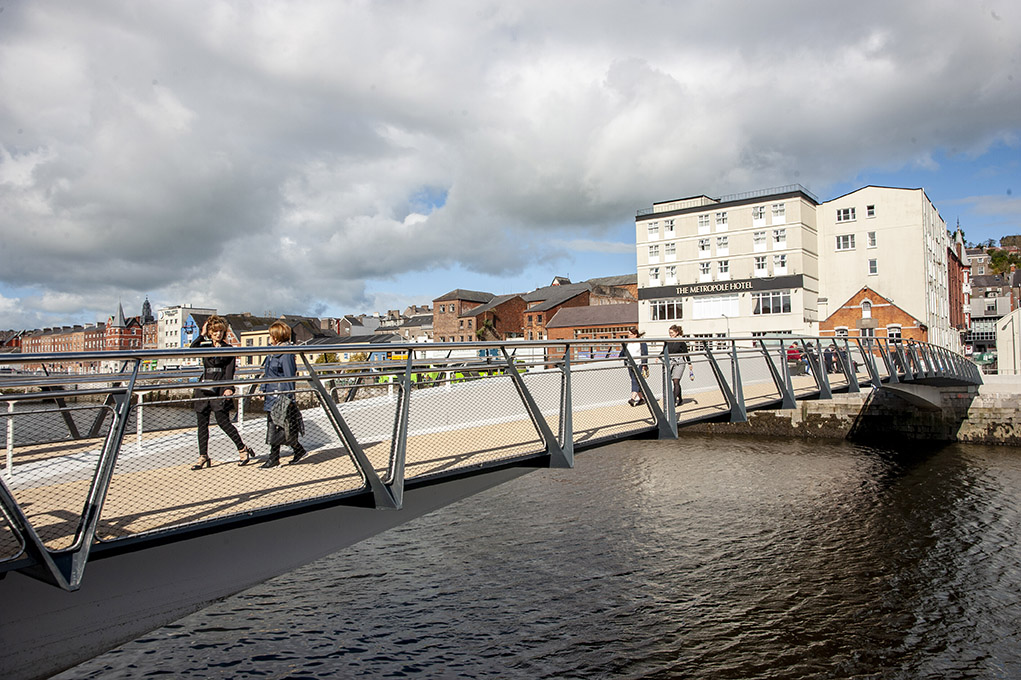 Cork’s transport network will not be able to support the future transport needs of a growing city and metropolitan area without considerable modal change. Cork has a very high car mode share and unless the attractiveness of alternative modes of transport is enhanced, metropolitan Cork will have increasing levels of car dependency, journey delays, congestion and pollution, which will have impacts on quality of life. Challenges include:

The opportunities facing Cork include:

34 submissions have raised observations relating to this chapter